Vajiko A. the shark - TRAIN YOUR SENTIMENTS #1 (children of market)

Vajiko A. Shark, born in 1985 Tbilisi, Georgia, lives and works in Berlin, Germany. From 2003 to 2007 Vajiko studied at the Multimedia Studio Department of the Tbilisi State Academy of Arts. He and his fellow students (Giorgi Gagoshidze, Giorgi Marr, Elene Naveriani, Melano Sokhadze and Mari Tsiklauri) have been members of the Group LOTT. Being young and provocative, criticizing the conservative educational system at the State Academy, the group has caused many conflicts and discussions in the art society. After having attended classes at Gerrit Rietveld Academy in Amsterdam, Vajiko moved to Berlin to continue working. The artist provokes his audience by trying to act through a conflict deliberately activated against the system and its well-established order, to produce space for different expressions and to break through the established views and life habits.
Posted by Anonymous at 3:40 AM

It is about making a place where people can come and see creations, knowledge, experience and ideas that originate or are to be found in the Caucasus. It is like opening a window that gives you the opportunity to look into this field.

Please scroll down to read more

You can find us here 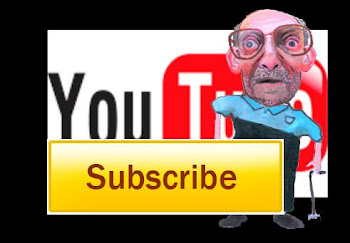 -A growing number of portfolios of individual artists and art collectives from and outside Georgia;

-Documentation of events (exhibitions, public lectures, portfolio presentations, artists’ talks and art projects) organized by and in collaboration with ‘Archidrome’ and GeoAIR in and outside Georgia;

-Documents and catalogs on recent events on contemporary art in Georgia;

-Catalogs and print material from the Caucasus region;

-A collection of video art from Georgia, Armenia and Azerbaijan;

It started from a wish to have a place where the information about the contemporary Georgian art and the art from the Caucasus region could be gathered, seen and researched. The main reason for launching the initiative was an acute lack of the presence of contemporary art and artist in the social life of the city (Tbilisi) sensed by its members.

Beginning from the 1990s, there has been a gap in terms of systematic documentation of artistic events. Materials reflecting the happenings of the period are therefore scattered among private studios, individuals and short-lived galleries and institutions. This has impeded the potential of the local artistic scene to develop, and made it invisible and unnoticed for the rest of the world. As a result of the political instability, lack of a cultural strategy, as well as of long-term thinking and systematic analysis, cultural projects failed to last long, which determined the lack of continuity needed for the sustainable development of culture. For an outsider it was extremely difficult to gain an insight into the cultural life of the city. None of the museums and galleries provided information about the situation in the field of contemporary art of the city/country. There was no magazine dedicated to contemporary art and art discourse. Nor was there any city guide with a listing of galleries and cultural events. In short, there was no ‘common’ cultural facility or adviser to guide the ‘outsider’ through the city’s cultural landscape.

To fill this gap and to document the recent history of the visual art of the region, it was decided to start a project that would be managed by a group of people responsible for the initiative in cooperation with cultural entrepreneurs and artists active in the Caucasus. It was planned from the outset to give a regional dimension to this project, since the team of project initiators believes that creating a broader image of the region would lead to a better understanding of the local cultural situation and its role in the regional context.

The objective of the project was to set up an archive of contemporary art from the Caucasus region in Georgia that will serve as a documentation centre for artistic activities and a comprehensive guide for art audiences. Formation of the network of artists and organizations affiliated with ‘Archidrome’ will stimulate productive relationships among the Caucasian countries. This network will also facilitate the mobility of artists within the region. Apart from having a gateway function in the Caucasus, Georgia displays few examples of its own artistic practices, let alone its cultural potential in the neighboring countries. Therefore, another key objective of the project was to promote contemporary Georgian art within and outside the local context.

The aims of the project were to establish a material and web archive of artists active since the 1990s including relevant cultural texts; to form a network of artists, cultural workers and researchers from the above-mentioned region; to conduct various artistic and educational events; to carry out community-based educational projects and build institutional collaboration; to disseminate information regarding art events and raise public awareness of contemporary art in general. Hence ‘Archidrome’ is meant to serve as an intermediary place for the artists working and traveling within the region.